How do you know when you're home?

It started with a loaf of warm challah wrapped in parchment paper, delivered with an even warmer smile, and a love note. 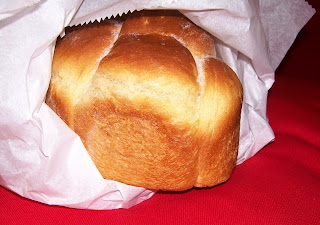 To [your dear family],

With you in our prayers that [your son] should return safely very soon...

It ended with a prayer that Hashem will create a peaceful and speedy settlement of our Land.

More than the delicious challah and the love note, I think it was the love and empathy in Shani's eyes that said to me "Welcome to Israel, where we are better because you are here, and where we understand to the core of our being what you are going through."

The next week, a man I only know in passing came to my door.  "This is for the chayal (the soldier)," he said, "from the Yishuv."  From the whole community.  Inside, a soft, warm hat, scarf and set of gloves were waiting to wrap a soldier in love, inside the hell of Gaza.  And another note, written to the dear soldier directly.

"Yasher koach on the courage and sacrifice for the sake of the Nation.  We are very proud of you, and pray for peace for all the soldiers.  We wish you success and health.  Return in peace!  Strength and courage!  The families of Neve Daniel."

The note matters to our son even more than the presents.

Throughout the three tense weeks, we were reminded every day that we were not alone.  On a particularly nerve-wracking day, I had a pleasant encounter with new young friends at the makolet.

One young mother turned her attention briefly from her son in his stroller.  "How is your son?  Have you heard anything?"

From a short distance, her husband said, "Oh, don't worry about her, " he nodded in my direction.  "She was an army chick."

"An 'army chick'?" I responded.  "Yeah -- a thousand years ago, when the expression 'army chick' was actually 'hip'."  Eight people standing in line shared the laugh with us.  Somehow, this little exchange made me feel strong and cheerful again.  Because I wasn't alone.  Because they all were paying attention to the same news I was, and cared enough not to let me have the blues.

Dvora and I shared our worries for our sons over tea and Tehillim.   We agreed to keep each other positive, and to avoid dwelling on the depressing or terrifying aspects of the situation.  It was comforting to know that she was thinking the same things about her precious son that I was thinking about mine.

Throughout the weeks and days, individuals would call to ask how we were doing, was there any news, could they help us in any way...

When the cease fire was declared, relief spread throughout the yishuv.  On Shabbat, there were gatherings at various houses, welcoming home soldiers.  The soldiers were happy to speak, to tell over to friends and family the funny experiences, the miracles.

There was a shalom zachor, welcoming a new baby boy into the community.  And time was taken by the father and grandfather to speak of the sacrifices of the soldiers.

There was a bar mitzvah.  The proud father of the young man took some time from his family's celebration to praise and thank the soldiers.

I think that this is some of what the solidarity of community is all about.

Thank you, Shani and Keren and Karyn and Hillel and Dvora and Marcia and Romi and Josh and Miriam and Marc and Yarden and Stella and Sara and Shoshi and Merav ...  Thank you, Neve Daniel.  It's good to be home.  May we share good news, smachot, and happy endings.

We too consider ourselves extremely fortunate to have chosen the best community we could imagine being a part of. We are proud to be your neighbors and friends.

For years, I have been teaching a class of middle-aged, Jewish American women. Mostly, we study Torah texts, but this time, they asked for a look into the spiritual side of the Gaza War and how it played among Israelis. I will be taking a number of your posts about Soldier Boy into that class with me.

What a nice glimpse into your lovely community.

I'm glad you have such a nice community to keep you and your family (and my son, your boarder son) warm.
Nice pics( especially that challah).

Shavua Tov!
One word....BEAUTIFUL! Your words brought tears to my eyes. I am so happy that your son returned to his loving family and super Yishuv in good health. Our chaylim are the greatest. They love our precious land and serve it proudly.