In Times of Darkness, I'm Thankful for My Jewish Family 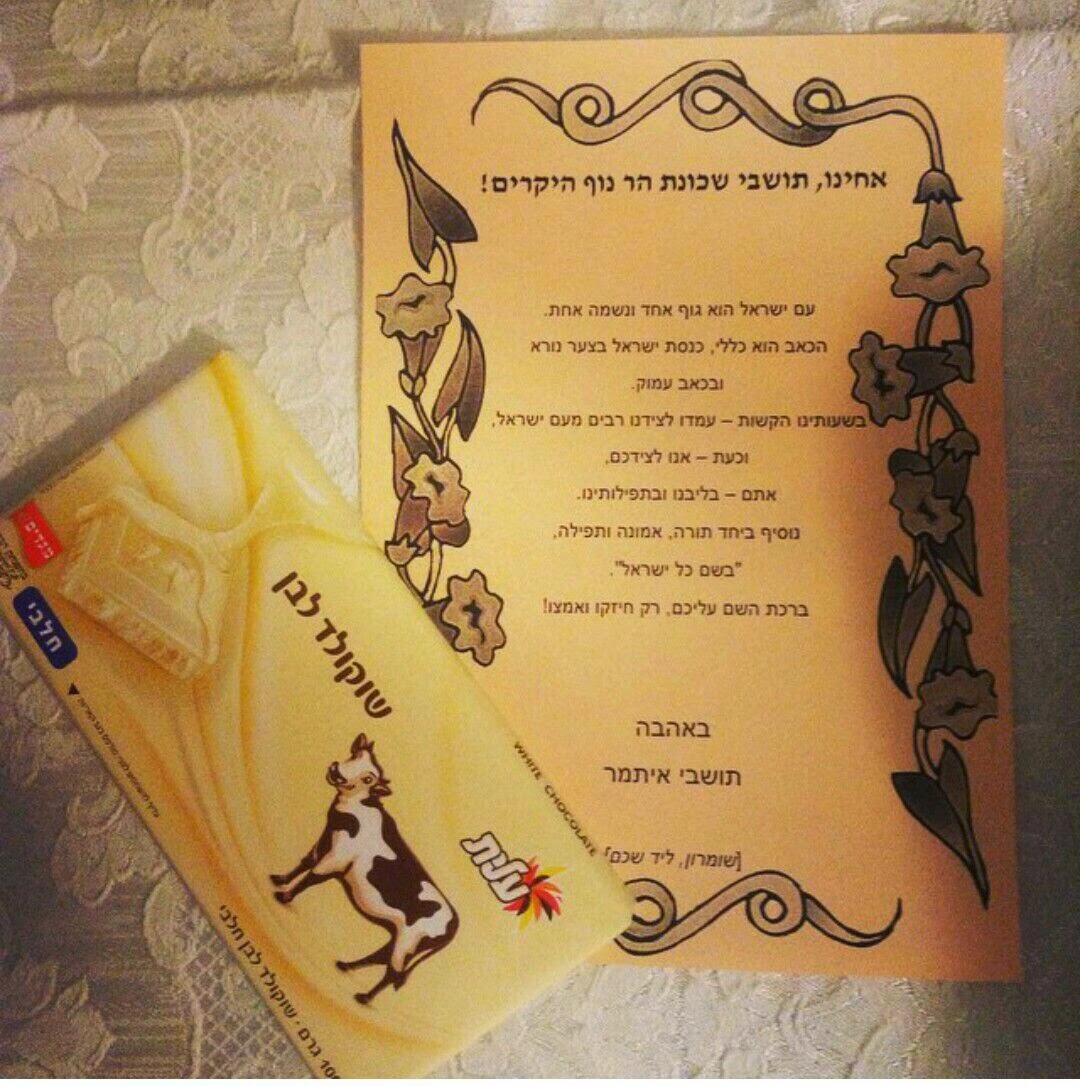 Along with all of my fellow Neve Daniel residents, I received a note with the following several-times-forwarded message:

I wasn't sure what to expect. Threatening messages, God forbid? In the current terror climate, after the events of the previous week, that was the first thing that came to mind. As soon as I opened the email and saw the first sentence of the note and the chocolate bar, I got a lump in my throat. Not of fear, but of an emotion you can only feel when you are surrounded -- physically or even only spiritually -- by family.

The letter basically says the following:

The Nation of Yisrael is one body, with one soul.

The pain is universal:

The community of Yisrael is in terrible grief

and in deep pain.

In our difficult hours -- many of Am Yisrael stood by our side.

You are in our hearts and in our prayers.

We add [our voice to the collective] Torah, faith and prayer

"In the name of all of Yisrael."

God's blessing upon you, only be strong and courageous!

The citizens of Itamar

After I read it, I tried to tell the letter over to the Dearly Beloved... and by the time I was finished, we were both choking back tears.

There is much here that is beautiful. The act is touching, by itself. The letter and the gift of sweetness were from a community which was devastated by a terror attack in 2011 in which six members of the Fogel family were brutally massacred as they slept.

And while this is a beautiful story all by itself, there is more to this lovely deed that is worthy of note.

The love letter was delivered by the citizens of Itamar -- a primarily Israeli Dati Leumi community in the Shomron -- read that "settlers dwelling over the Green Line" -- given to a largely Anglo Hareidi community in Jerusalem -- read that "not East Jerusalem, and therefore mostly uncontested Jewish property." It is a reminder that we are all one family of Jews, undivided by how we dress or daven or learn Torah, where we live, or if where we live is considered to be politically correct. I only mention this to you in case you are fooled by the media into believing that when the going gets tough the family will be divided. We are truly one body with one soul -- and we are in this together!

On this eve of the American Thanksgiving -- this is something for which I am truly thankful.

Posted by rutimizrachi at 17:02 No comments: