This is a departure from the "I love Israel!" nature of this blog.  But my friend Batya has been asking me, gently but consistently, to involve myself in the Kosher Cooking Carnival.  And today I came up with a recipe that made me so happy, I had to share it. 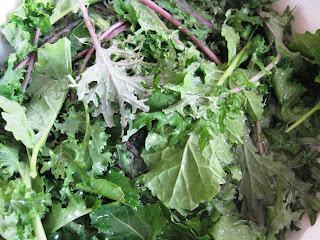 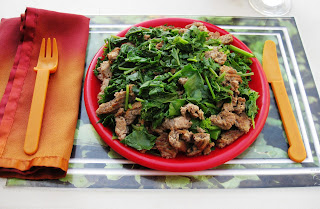 Now let's assume you've steamed some of your kale to eat with a plate of excellent beef, and the rest you've made into kale chips.  (Preheat the oven to 180 degrees Centigrade -- around 350 degrees Fahrenheit -- sprinkle washed and dried and chip-sized leaves of kale with olive oil and seasoned salt; bake for about ten minutes, until the edges are brown but not burned.  Delicious snack!)  Now you've got all these stems and tiny leaves left.  Not quite enough for -- anything.  But wait...

You're on this great low-carb, virtually no sugar (except for Shabbat) diet, which is working miraculously: you are never hungry; you are eating foods you enjoy; and you are consistently losing weight.  (Oh, how I wish they'd told me decades ago that meat and eggs and butter are health foods!)  Oh, yeah -- and the stomach problems you've had for years have vanished.

So...  you take some eggs and Parmesan, a little onion and garlic and those bits of kale, and you come up with 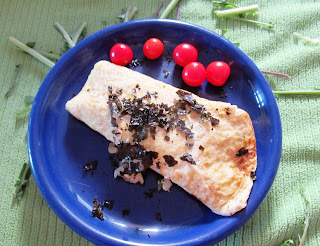 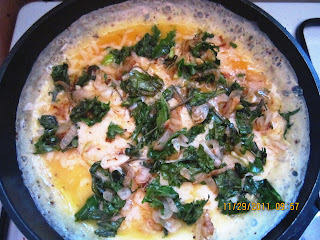 Allow to set for a minute or two more; then, fold omelet gently before transferring to plate.  Sprinkle with a little of the slightly-too-brown kale that is the inevitable result of a phone call during the last batch of kale chips; add a few tiny cherry tomatoes for garnish.

Voilà!  A breakfast to kick-start your day.  Accompanied by an excellent cup of coffee, of course.

Check here at Batya's blog Me-Ander to see a collection of Kosher Cooking Carnival blog posts. And, if you have a kosher recipe or post about food you would care to share, please feel free to add your contribution here.

The Dawn of a New Day 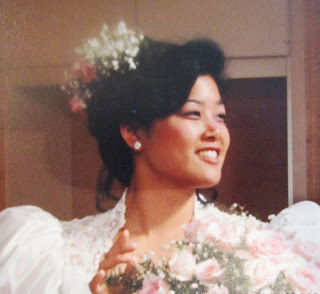 Once upon a time, there was a beautiful princess whose people were from a far-away land.  She climbed mountains and crossed seas to marry her handsome prince.  At last, after scaling unbelievable heights and spanning unimaginable depths, they married and had children and were happy.  They moved to a mountain in a Wondrous Kingdom, and they were happier still. 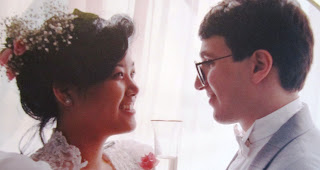 One day, the princess got very, very sick.

And now it was the prince's turn to scale unbelievable heights and span unimaginable depths in order to fight against the terrible sickness, which seemed very much like a great, coiled dragon.  The prince put on his armor, and prepared to do battle with the forces of darkness. 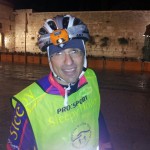 The people of the village on the mountain gathered to see the prince off. 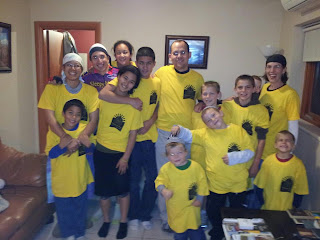 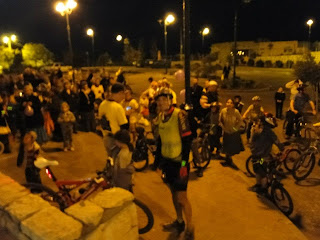 Weavers and dyers made beautiful garments for the occasion. 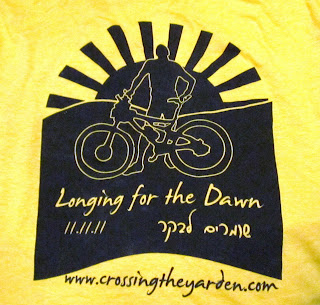 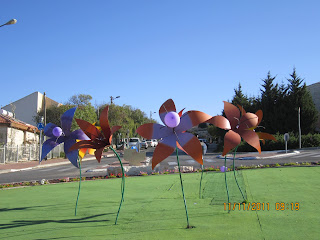 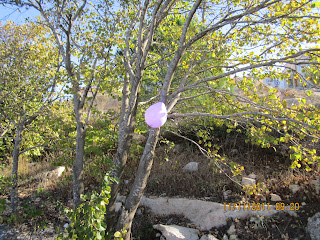 The youth of the village adorned the trees and flowers with lavender balloons to remind the prince that he was not alone.  The village sage gave a speech of encouragement.  And then the prince departed. 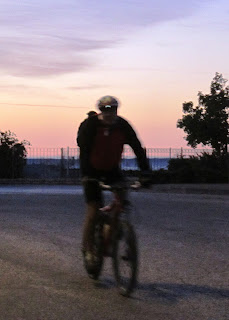 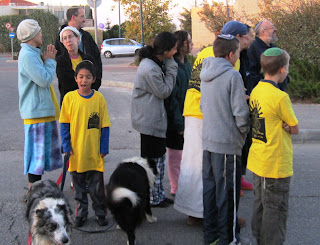 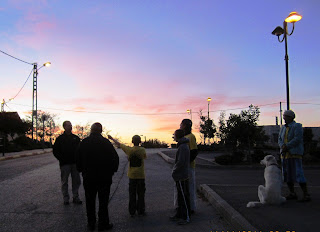 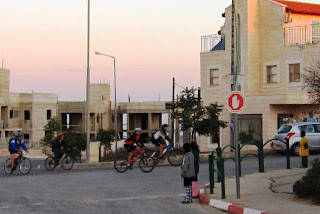 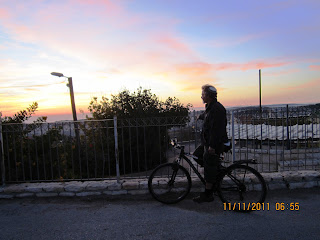 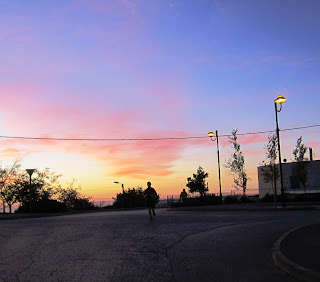 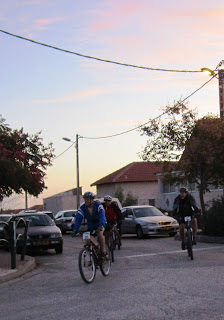 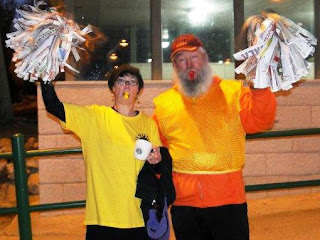 As he rode, spreading his message of hope, the prince discovered time and again that he was not riding alone.  There were runners and riders.  There were people walking dogs, and dogs walking people. 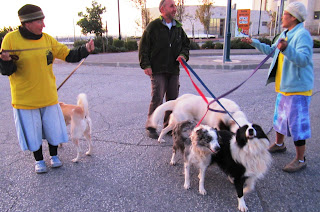 There were those who traveled through space and time to share in the prince's struggle, among those longing for the dawn, longing for the dawn.  All along his route, the prince and the princess were reminded that many, many people had been longing to give a hand in the fight against the dragons and on behalf of goodness and kindness. 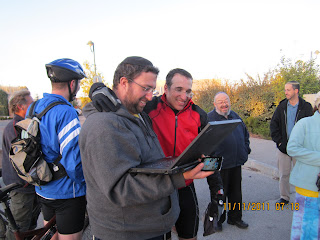 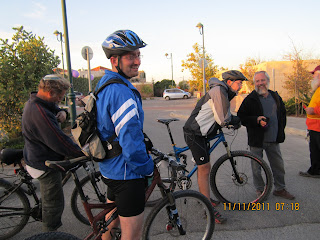 The people completed the ride together.  The prince and the princess and their children shared weary but joyful smiles.  The war was not over.  Not yet.  But they had won this battle.  And they knew that they would never, ever be alone.  Together, and with the help of the Mighty King, they knew that they could make it to the bright light of morning. 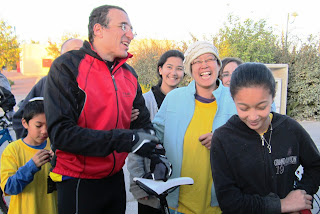 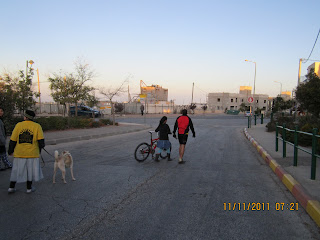 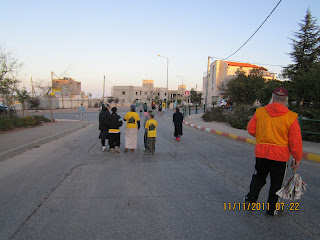 "Behold, how good and how pleasant is the dwelling of brothers in unity!...  May there be life forever!"

Please continue to daven for Tzuriya Kochevet bat Sara, among the other precious cholim of Am Yisrael.

I have often thought about the human need for acceptance, and our reticence to give acceptance to others.

Since we all need it, you would think we'd be sensitized to the same need in our fellow man.  Right?

Yet we gather in our little groups and decry other groups.  We let slip careless and hurtful remarks behind each other's backs.  We make assumptions that an accusation we hear is true, even without first-hand experience of the evidence.  We fail to acknowledge those around us, totally oblivious to cries for help or the simple need for a smile.

Anyone who risks rejection by saying "Good morning" to a neighbor ought to always be greeted in return -- because the object of his greeting would also hate to feel rejected.  Instead, day after day, he must exercise the muscle called Benefit of the Doubt, until it wears out, or until it is the strongest muscle in his body.  Of course, there are plenty of reasons Ploni didn't smile at our brave soul.  He may not have heard or seen him.  His mind may have been on his own troubles, as small as a missing key or as great as catastrophic loss.  But what if we all went out of our way, every day, to put out the smile welcome mat for people we pass on the street?  (And no, o ye single minded straw man attackers: Of course I don't mean that six-year-old girls should smile at scary mugger types.  Consider your cautious tone already acknowledged, and attend to my main point.)

I always told my boys:  "There is no pareve encounter with another human being possible.  You have the opportunity to do a kiddush Hashem or -- chas v'chalila -- a chilul Hashem."  Translation: No encounter with another human being is meaningless.  You can either advertise G-d in a positive way through your actions, or -- G-d forbid -- you indicate that people in skull caps and ritual fringes don't care about other people.

Please enjoy the following short video.  It is a celebration of the concept of "pay it forward," how one small kindness begets another small kindness, and another, and another...  (Hat tip to Mare Newcome-Beill.  This is my kind of movie, Mare.  Thank you!)

I don't care what my children and my grandchildren choose to do for a living.  But I will feel that  the Mizrachi Family Mission is accomplished if they string together lifetimes filled with small acts of kindness.

Reason to Rejoice, Permission to Participate 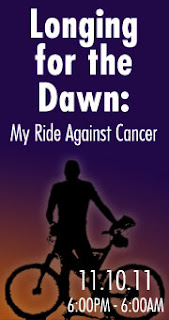 To all of our excellent friends who have been davening with us over the months for the refua shelaima of Stella (Tzuriya Kochevet bat Sarah), please read Yarden's latest blog post, and share our hope and happiness.  (The short version: against all odds, Stella's situation has improved dramatically.  The Frankls thank you for your prayers, and say "Keep 'em comin'!")

Those who can attend this crazy all-night ride-a-thon, details are available in this post.  (The Dearly Beloved and I will be sitting in lawn chairs on the sidelines at some unspecified ridiculous hour of the morning to shake pompoms and yell "Go, Team Frankl!"  We will try to drink beer to rub in the fact that we are NOT exercising.  And we'll be there at the finish line at 6:15 AM to accept our share of the accolades.)

Those who cannot attend, due to being unfortunately delayed with business overseas, please join us in donating to the cause, which is bigger than all of us.  The need to "do something" is strong in all caring human beings...  and straddling a bike for 12 hours is more difficult for me than pushing a "donate" button.  And I'll feel just as involved as Yarden will, without the need for mass quantities of diaper rash ointment.  (Heh-heh, Yarden.  You go, boy.)

And finally, add Stella's dream to your prayers.  "B'ezrat Hashem, we will stay on track, and we'll surprise my doctor again after the next scan! I really want to be written up in a medical journal (egoist that I am) about the miraculous case of Stella Frankl!"

There is no limit to the number of people who can be on Team Frankl.  Dust off your bike.  Make a pledge.  Or just pray with all your heart that this fine young mother gets her dream.  May we share joyful news!