Oh, my stars!!! What a performance! 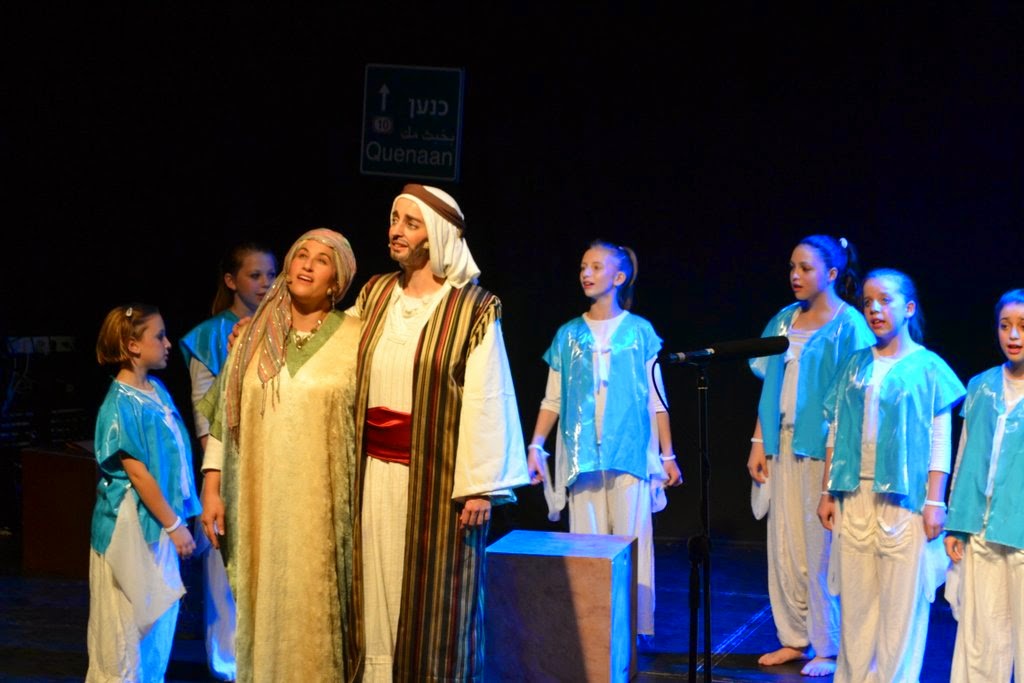 Only madmen count the stars.

I love this expression. Probably because it sounds beautiful in Hebrew. And because I think it would make a great title for a book. And perhaps because it makes me think of my dear "father," Avraham Avinu -- surely not a madman -- who was told by God that his children would be more numerous than the stars. The very idea to the childless prophet must have been perplexing and exhilarating. I know that when the part of this awe-inspiring character is played very well, I am transported to another dimension of possibilities. Care to be transported? Time to see Count the Stars!

The Raise Your Spirits acting troupe has never disappointed me. This talented local group, based in Gush Etzion, gives me so much personal pride. These are my friends and neighbors, teachers and fellow writers. Some I know to be very shy people off-stage -- but when they are onstage, they blossom to life, as if there were something about those colored lights that enhances the flower inside each woman's soul. I have been blessed to see six of their eight productions. Count the Stars: The Journey of Avraham and Sara, is an original musical written by Sharon Katz and Avital Macales, with able musical and choral arrangement by Amit Ben Atar and Gayle Berman, respectively. The play is directed by Toby Klein Greenwald, and choreographed by Sara Orenstein.

Whether Avital Macales is playing a Jackie-Kennedy-esque Queen Esther or a spiritually connected Avraham Avinu, I believe her absolutely. She totally becomes her character. Her vocal command and range have always held me in thrall. 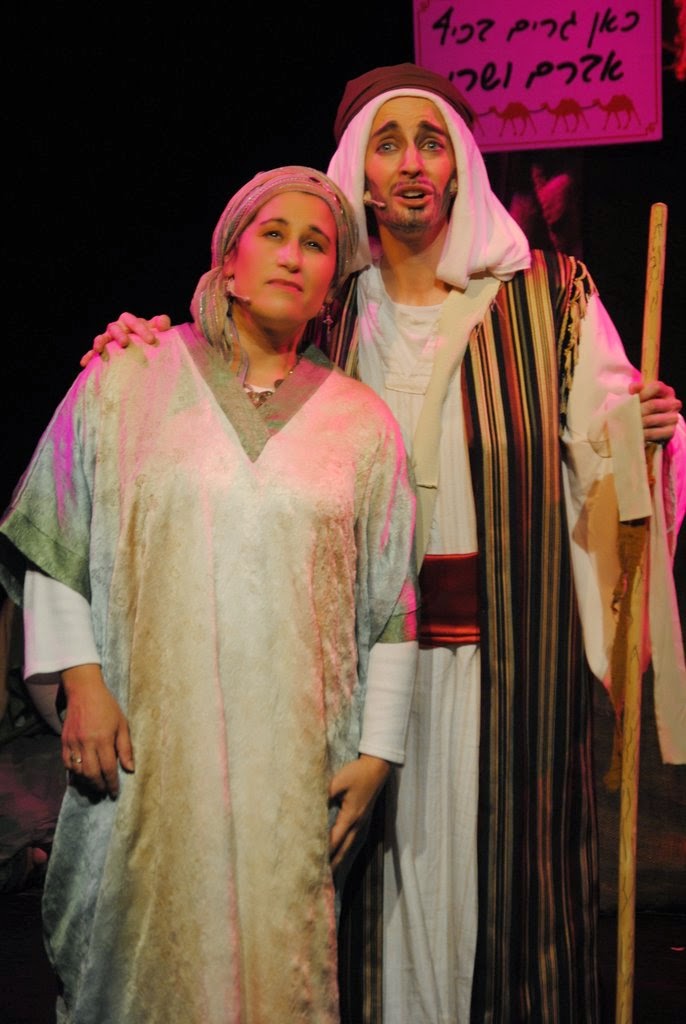 And who knew that my fellow blogger (Ima 2 Eight) and neighbor, Rachel Moore, also has such a believable stage presence, and such a wonderful voice?! Her Sarah complemented Avital's Avraham so completely, I felt myself crying with them over their childlessness, and laughing joyfully with them when the promise was finally fulfilled. It didn't matter that I know how the story comes out. Their heartfelt singing and acting made it real and fresh for me. 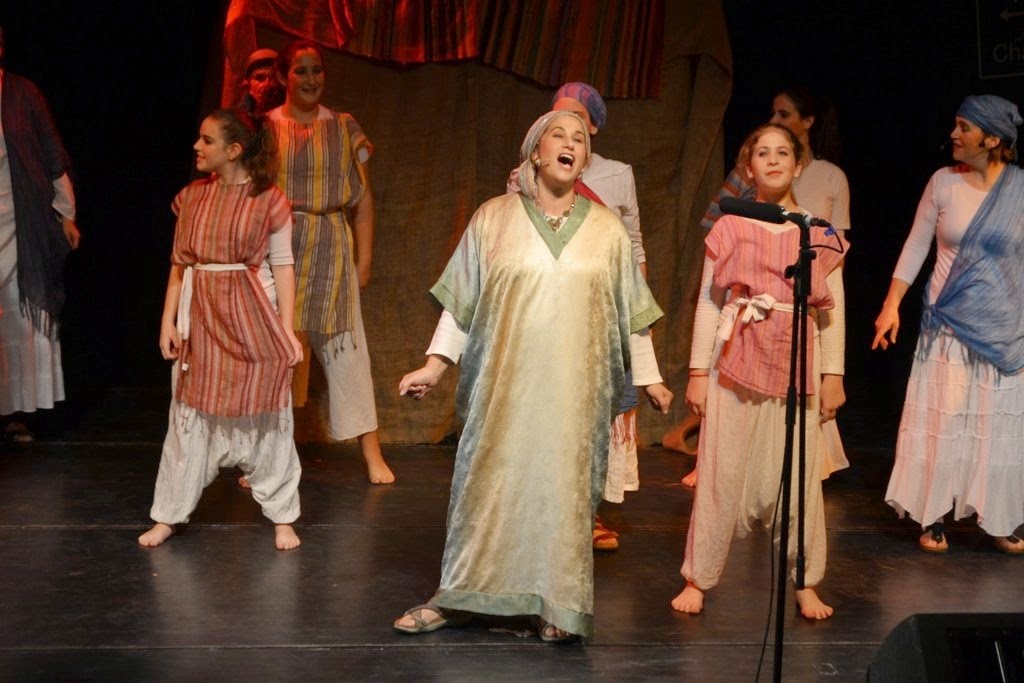 A real surprise was Chana Singer as Lot. I had fun with her, because even at intermission and immediately after the play, she stayed in character, sparkling with the fun of "being Lot." It was easy to believe she was a young prince of a famous desert family. This is her first performance with Raise Your Spirits, and I anticipate seeing her with the troupe in the future. She also created the poetically-drawn logo for the Count the Stars poster and tee shirt.


Some of the hallmarks of Raise Your Spirits productions are the graceful blend of pathos and humor, and of impossible but totally fun time warps. The irrepressible Sharon Katz as Avraham's servant Eliezer leads the talented pack in just the right amount of comic relief throughout the suspense and drama of the play.

As our hearts are gripped by the fear the caftan-clad Israelites feel during desert famine, we are shifted to a comical scene of Western US sheriffs (complete with swaggers and cowboy hats and Texas accents) who crack us up as their Egyptian border guards spirit off Sarai to Pharoah.

The show is kicked off with a game show atmosphere that involves the play's audience in a typically silly game show audience warm-up... and later in the play, we are brought to hushed and emotional tension as Avraham bargains very believably and very humbly with Hashem over the lives of the people of Sdom.

How I wish I could tell you about the individual performances of each of these talented women and girls! There is so much to praise -- the direction, musical arrangement, dance choreography, costuming and makeup -- and so many individuals worthy of mention... Rather than risking leaving out a friend's name or failing to mention a particular person, I'll take the chicken's way out, and tell you that there was not a person on stage who let the audience down. All of these very talented ladies, young and older, worked together to make our spirits soar. 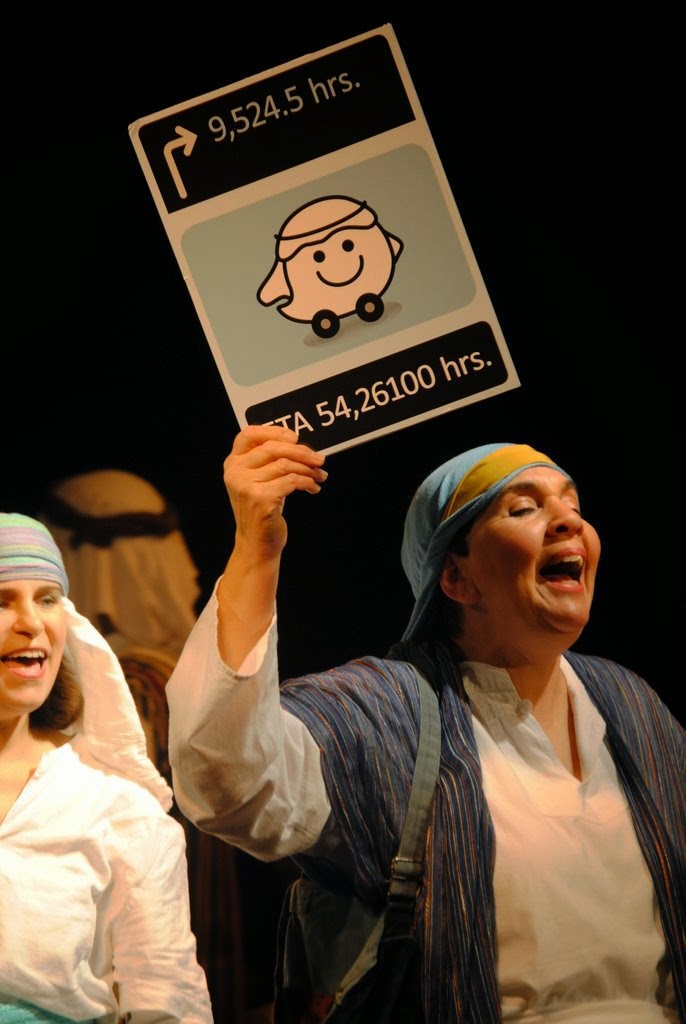 If you -- ladies only, of course -- have yet to treat yourself to a Raise Your Spirits production, I welcome you to make this the one. You deserve a special night out -- and the price of the ticket goes toward the very worthy cause of raising the spirits not only of those who have suffered from terrorist attacks, but for all of us -- in the audience and on the stage -- who need to focus on the joy of being part of Jewish history rather than on the headlines, if even for a short time.

Go to the website -- Raise Your Spirits -- to look into upcoming performances, and to buy tickets.

You can count on it: your evening or afternoon with these stars will be time well spent. 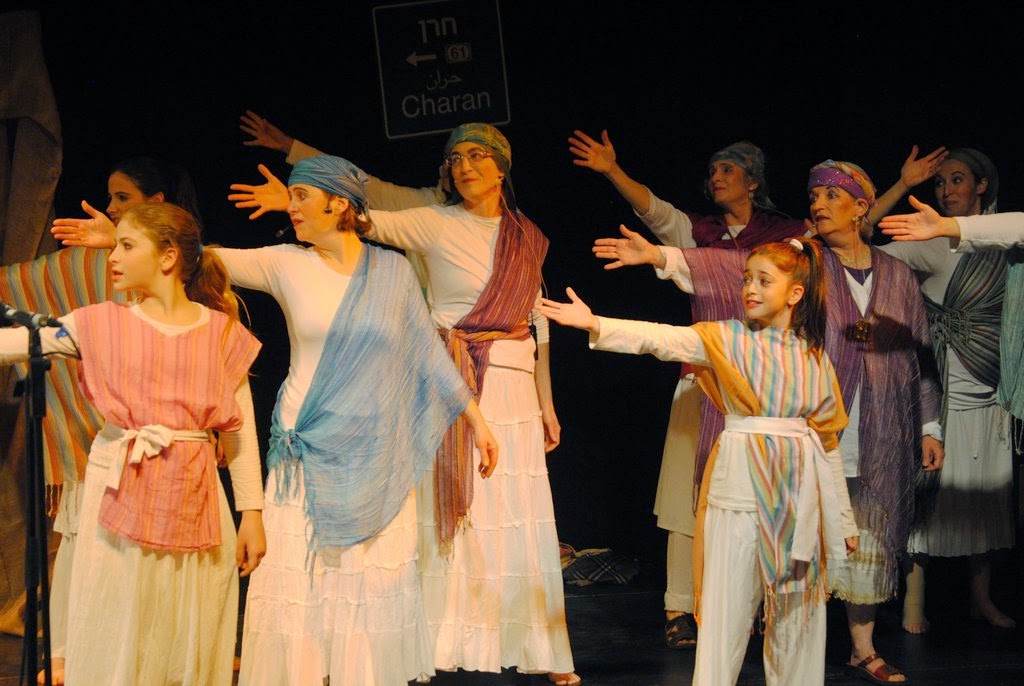 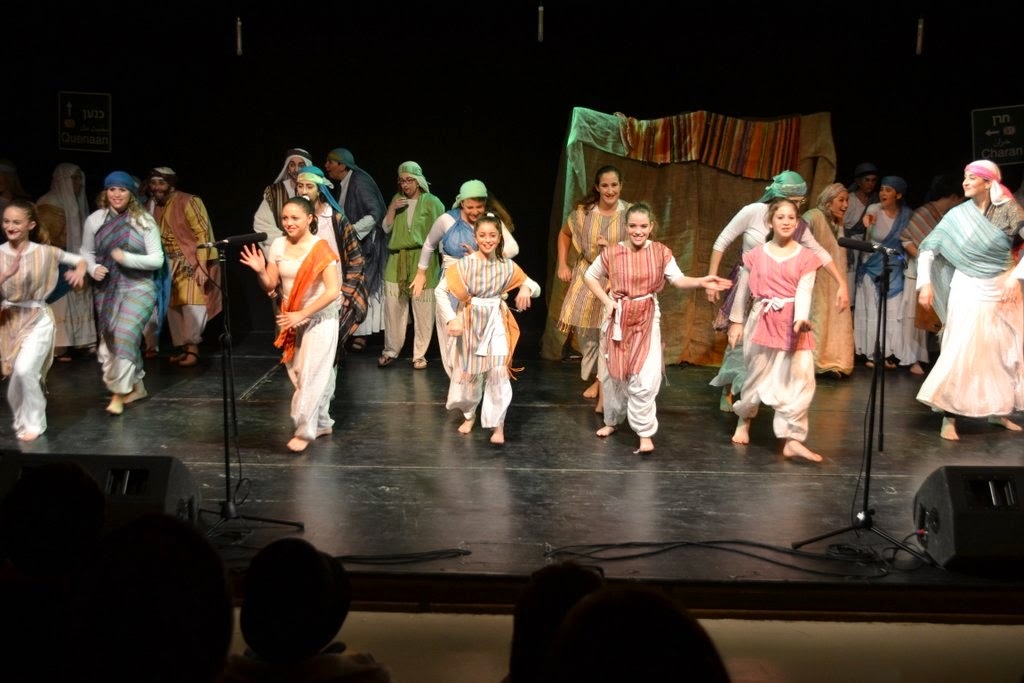 All photos not otherwise credited by Debra and Orlee Kodish.

Play synopsis (from the site):

A world of idol worship, cruelty, human sacrifice. A world of falsity and frightening superstition. A world saved by the goodness and beliefs of one man – Avraham.

Together with his life’s partner, Sara, Avraham introduced thoughts that shook the foundation of mankind – only One G-d ruled the universe, and He desired a world of goodness.

Ridiculed and threatened by those around them, Avraham and Sara never stopped providing the example of kindness, caring for others, hospitality and gratitude to the Creator.

The reward for their valiant willingness to go against the crowd in order to live lives of holiness – a son, Yitzchak, who would carry on the family’s tradition of loving-kindness; descendants as numerous as the stars in the sky; and a country, Eretz Yisrael, from which a future people will grow and serve as a Light Unto the Nations of the world.

In today’s turbulent times, we find strength and guidance from Avraham and Sara, as their lives give us the spiritual DNA we need to confront the trials of life and soar like stars to the heavens.
Posted by rutimizrachi at 15:43 No comments: