Mothers United to Save a Boy

What follows is a re-posting of my friend Romi Sussman's post on her blog Sussmans b'Aretz.  While this post is out of character for both of our blogs, it's subject matter is something we both care about deeply.  Please read and help.  We only have a few days to make a difference.  And the only thing that matters is word and prayer.  No money and not much time is involved.


One Mom's Plea: We All Matter, A Lot

I've written a few times about how social media helped in our Aliyah process with Nefesh B'Nefesh. I was nervous and stewing over a number of issues, and I sent an email to a contact in Israel to pour out my heart. She, in turn, forwarded the email to a number of email groups in Israel and I was flooded with encouragement, answers and reassurance.

Sometimes social media is just silliness. Sometimes, it can change the course of your life.

And we are going to pray and hope that the later will be true for Noah.

A few days ago while I was checking out Facebook, my friend's post caught my eye. One of her friends was having an incredibly difficult situation and was crying out for help.

As Karen explains on the Facebook page that she built for her son, Noah, "My son Noah is 12 years old. On February 8 he will be 13. A teenager at last. This past weekend he posted on his Instagram account that he was planning to commit suicide on his birthday. He also posted images of his arm where he has been cutting himself for the past two months.

Noah has been dealing with bullying for the past year. He has been feeling alone and left out, ostracized from old friends and a misfit among new kids. Things begin to get better, and then another setback. He was once the life of the party among his friends; big man on campus at his first elementary school. Now his self esteem has disappeared.

Noah has been in therapy. I have been doing my very best. But he is in pain. I can't do this alone.

Noah is getting treatment in a hospital now. But it is still not enough." 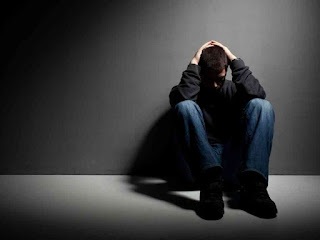 And in a beautiful act, she turned to her social media outlets to make a difference for her son. Karen has created a page called "Letters for Noah" where she describes her goal. "He needs people to rally. Which is why I've created this page, Letters for Noah. I thought of it last night in the ER when I couldn't sleep. Noah needs to know that He Matters and that It Does Get Better. So many people have been asking me how they can help. Well, this is how:

Today I opened a P.O. Box. I am asking you and your kids to send Noah letters with a message of hope, telling him not to give up. Help him see that He Matters and that It Does Get Better. Please send your letters to: 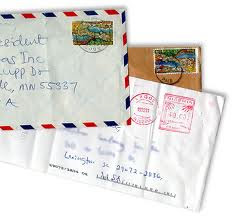 Karen's plea has started to receive some great attention. This article was just in Parenting magazine and she reports that the first of the letters have started pouring in. A blog was just created as well.

I cry every time that I look at Karen's Facebook page and every time that she reports on the latest developments. Our children are so fragile, and their lives and emotions can change so quickly.

What a powerful plan Karen has put into place. She can tell her son that he matters until she's blue in the face; or, she can show him hundreds - maybe thousands - of letters from people who say he matters and who show it with their actions and their words.

Let's use social media to shower Noah with letters of encouragement and love. She's hoping to get most of the mail by his birthday, February 8th. And even if you live far away, as I do, and don't think you can mail a letter the old-fashioned way, you can always re-blog this, join her Facebook page, follow Noah's progress and write a note to him from Facebook.

Because we all matter, a lot.
Posted by The Sussmans b'Aretz at 7:48 AM
Posted by rutimizrachi at 08:35 3 comments:

Week of Weather in Pictures

Yom Shishi, 29 Tevet 5773.
Growing up in the States, we used to chuckle about how you knew people were getting old when the first topic of conversation was the weather.

I consider it a great kindness on the part of Hashem that as I moved into that chapter of my life, He allowed me to move to Israel, where everybody talks about the weather, regardless of age.  The Kineret having risen 73 centimeters awes young and old alike!  The hope that maybe snow will fall in Jerusalem excites children of all ages.  We bless rain and dew and wind.  In our mountain yishuv of Neve Daniel, fog isn't just low-lying cloud.  It's the Ananei HaKavod, the Clouds of Glory.

No time to write.. still busy with wedding plans, b"H.  But here are some pictures of my day in Jerusalem on Tuesday with the Dearly Beloved, before we hunkered down on our mountain, awaiting snow.

Wiser, warmer and dryer, we awoke to wild winds and rain on Wednesday.  Good day to stay home and make kale chips, mushroom-barley soup, and to enjoy a visit from the just-arrived-in-country parents of Champagne Girl.  The wedding is beginning to feel real!

We had a pleasant few hours, but then had to send them on their way to Efrat, before the weather got even wilder.  Throughout Neve Daniel, barbecue covers and towels and kipot and other lovely items flew from hill to hill; and citizens posted items lost and found.  The next morning, we woke up to a real snow day.  What follows is an unbelievably fun day in pictures, made of children's smiles, and the smiles of people still in touch with their inner child.