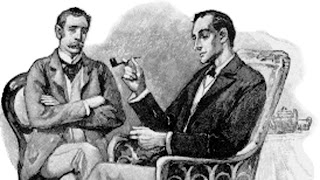 Holmes: Well, what do you think?
Watson (disdainfully): All that stuff about a coat -- obviously a last attempt to inject a mystery into an open and shut case against him.
Holmes (sighing): Both you and the coroner, Watson, have been at pains to single out the very points which are strongest in that young man's favor... One moment, you give him credit for too little imagination, and then for too much.  When asked what he and his father quarreled about, he couldn't even invent a reason which might have won him the jury's sympathy.  And yet, a few moments later, he evolves something so outré as a dying rat, and a vanishing coat...  Well, my dear fellow.  I shall approach this case from the hypothesis that what he says is true.  We shall see where that will lead us...

I grew up in a time and society in America where the Missouri expression "Show me" meant that I had the need to prove to myself everything, scientifically, that I claimed to believe.  This wrought havoc in my teens, as I questioned everything, and my Christian bible study teachers were simply not equipped to deal with such chutzpah.  "It's all in the Bible," they would tell me.  (It wasn't.)  "If you have to ask that kind of question, you don't have any faith."  (Okay, said my 14-year-old mind, fine.  I don't have any faith.  That was easy...)

Shortly after our conversion to Judaism in Elul of 5750 (1989), the Dearly Beloved and I were privileged to attend a special Shabbaton in the walled city of Sobernheim, Germany.  There were many Orthodox rabbis and rebbetzins, as well as a chef and cooking staff from Israel.  We had a full program of classes.  Among the interesting programs were lectures offered by speakers from the Aish HaTorah Discovery Seminar.  There were opportunities to speak to the presenters at odd hours over the several days; and eager for knowledge, the Dearly Beloved and I took advantage of those private moments.

I had a conversation early one morning with Rebbetzin Naomi Kahn that completely changed my direction (as if conversion hadn't been a drastic enough change).  I confessed to her my inability to be comfortable without being able to adequately prove G-d's existence to myself.  I knew that learning and practicing would mean growth -- but the elephant in the room was that I wasn't sure I could give myself permission to believe.

If I was expecting her guidance to be of the "just have emunah" variety, I was in for a surprise.

"Do you like murder mysteries?"  Rebbetzin Kahn's question delighted me with its apparent irreverence.  Enjoying the ostensible change of topic, I confessed to being an inveterate fan of Holmes, Poirot, Miss Marple and Gervase Fen.  She had my rapt attention.

"In a murder mystery, if the detective walks into the scene of the crime assuming that everyone might be guilty," she said, "he'll never get anywhere.  He'll never solve the crime, because everyone has something to hide.  There are motives and opportunities everywhere he looks.

"In a good murder mystery," she continued, "the detective assumes that everyone is innocent -- and waits for the ripples."  Here, Rebbetzin Kahn did a delightful fluttering of her fingers reminiscent of the heat that shimmers on a distant highway on a blazing hot day.  "Try believing that it's all true.  Just give yourself permission to believe that G-d exists... and wait for the ripples." 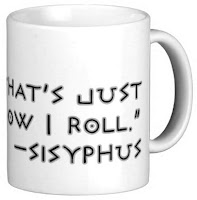 At that moment, it felt as if a Sisyphus stone of responsibility was lifted off my heart and mind.  That bit of reverse logic hadn't occurred to me.  What if I just ignored the need to prove G-d to myself, and waited for the "G-d theory" to just disprove itself?

I have been happily Jewish for 24 years.  And while this inquiring mind will always have questions and internal battles...  I'm still waiting for the ripples.  The bottom line?  I might be wrong.  There might not be a G-d.  But if so, I am living a very wonderful moral-centric life, filled with an effort to better myself, to treat my fellowman with love and respect, to hold the creation in awe, and with a sense of purpose every minute of every day.  When I have challenges, I can "discuss" them with G-d, Whom I believe loves me and wants for me only good, without having to speak behind people's backs to other people. (Great therapy.  I recommend it.  And in Israel, when you walk down the street talking to yourself, people assume you are praying, rather than crazy.  Unless you dred your hair, and fail to bathe.)

As Rabbi Daniel Mechanic says, if I'm wrong, if there ends up not being a G-d, what's the worst?  But if the one who cannot accept the existence of G-d is wrong...  well, "oops" probably is not going to cut it.  So I'll take my chances on this side of the argument.  Nope, it seems not to be provable in the Missouri sense of the word, at least not yet.  But I like my life.  I like the values that my children, brought up in this faith, have chosen to adopt and even to refine.  I like the way their relationships and their children are turning out.

And if we're happy, mentally and emotionally healthy and stable...  what else do I have to prove?

This post dedicated to all of the young people I know who are struggling to find answers in an admittedly difficult time in history.  You have my prayers, my friend, for answers that will satisfy you.
Posted by rutimizrachi at 06:55 No comments:

It's no secret that Israel is in trouble right now.

I'm not speaking about the threat from Iran with all of its obvious (to anyone not playing ostrich) bomb building.

I'm not referring to the danger at various borders caused by the hemorrhaging "Arab Spring."

Nor am I drawing attention to any "fifth column" issues within Israel's borders.

Our greatest danger is and always has been internal, within the Jewish family. 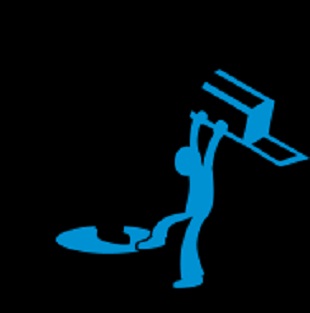 We are fighting with each other, and the fights are getting uglier.  No "side" is blameless.  The tragedy is that if we truly tried to feel what the other person might be feeling, to hear his side (even without expecting our minds to be changed through the exercise), we could not throw chairs nor invective, we could not disdain nor patronize.

A friend has invited me to participate in a special day tomorrow.  It seems a worthwhile exercise... as long as it is the beginning of better behavior on my part, and not merely a shekel dropped one time in a pushke.  Here's what the originator of the plan, Akiva Gersh, wrote on his Facebook event notice:

Let's not wait until Tisha B'Av to think about how we can increase Jewish unity and ahavat hinam ["groundless" love] in Am Yisrael. We know what hate and intolerance have done to our people in the past. Let's not let it happen in our generation. While ahavat hinam is something we could and should focus on everyday, there's incredible strength in hundreds, if not thousands, if not millions of Jews focusing on it on the same exact day, especially on Erev Rosh Hodesh.

May our acts of kindness on that day increase our awareness of the inherent unity that binds all Jews together and strengthen our dedication to making ahavat hinam a priority in our lives every single day.

Our Sages deal with a question about what will finally bring the Era of the Moshiach.  How could I, so lowly, so lacking in knowledge and good deeds, possibly bring the Moshiach, if Dovid HaMelech couldn't, if the Chofetz Chaim couldn't?  Chazal answer that the operation is cumulative.  Our good deeds "stand on the shoulders" so to speak of the good deeds of previous generations.  Only G-d knows which good deed will be the last one necessary.

Join me, won't you?  And if you happen to read this well after the day, don't be discouraged.  Your act of kindness, your thoughtful word, your decision to listen fully to what the other person is saying, your plan to be more careful, may just be THE act that changes everything.  YOU could singlehandedly be the person responsible for bringing the Moshiach.

No matter with what or if you cover your head; no matter if you and I agree or disagree about religion, politics, lifestyle, or child-rearing techniques -- I look forward to standing in line to thank you personally.
Posted by rutimizrachi at 15:53 7 comments: 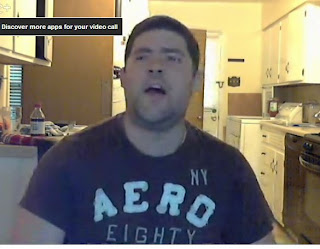 It is very hard to be an ocean away from people you love.

That is the hardest thing for me about aliyah.

But I truly cannot complain.

I made aliyah in a time more technologically-advanced than I could have imagined when I first entertained the idea, back in the "olden days" of the early '90s.  I can visit my grandchildren (even babysitting one of them briefly!) via Skype or Google Hangout.  I can once again sit in the dining room of my Rabbi and Rebbetzin, chatting about Israel, and about how blown-away we are by technology. 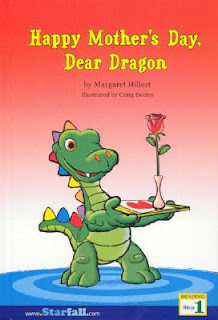 I can spend a glorious hour on Mother's Day watching a grandson walking around in his dragon outfit, trashing his parents' house as he shows me every. toy. he. owns.  (Who says you have to "be there" to drive your children crazy?)


And sometimes, on Erev Shabbat, my Soldier Boy in America can sing Shalom Aleichem and Aishet Chayil to his mother, after learning Mishnayot with his father. 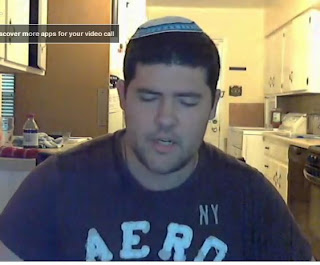 Thank You, Hashem.  It will never be easy to be away from those we hold dear.  But thank You for making it easier than ever before to "touch" each other, even while holding fast to our ideals.

You never promised us that this life would be easy, or comfortable.  But in this time, You have wrapped the difficult in a lot of clearly-discernible love and compassion.


Happy 28th wedding anniversary, Dearly Beloved!  Thanks for helping me to raise these amazing young men!
Posted by rutimizrachi at 08:00 4 comments: