One man with one heart 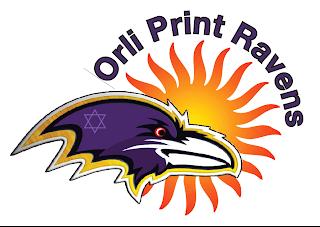 Last week, I indulged in being "aim habanim smaicha," a happy mother of children.  Two different armies played a role in the week's adventures: soldiers preparing to defend our country, and "gridiron warriors," keeping American sport alive and well in Israel.  The natural joy a mother feels when she watches her children becoming fully themselves was enhanced by the camaraderie among their fellows.
This post will honor the young football heroes.  They are heroes to me -- not because they are brave and fearless and stupid.  ("Please, Coach!  Send me in there to defend a cylindrical object from several gigantic guys, so that they can all land on me with their full weight as they try to pry the ball from my frozen and possibly bleeding fingers!"  Football is a game that only a few very special women can truly understand.  I am not among this elite group.)  These young men are my heroes because even under fire, they remember who they are, and what they stand for.
Due to my work, this was the first time I have ever been able to watch my son, Sports Guy, play the game he eats and sleeps and lives and breathes.  While this post is not about him, let me take a self-indulgent mommy moment.  He was really beautiful to watch on the field.  Since I don't understand the game, I had the luxury of focusing only on him.  (I could only recognize him by the golden shoes, as the boys are still awaiting their very cool purple jerseys.  Stay tuned for photos of the Orli Print Ravens in full uniform.)  And I was so awestruck that I couldn't get my camera to my eye fast enough to catch a picture of him in action, much less a video.
This post is really about his team, and a little bit about his coaches (one of whom happens to be his father).
I didn't watch a bunch of egos on the field.  I watched brothers who love each other.  I watched Jewish young men playing a very tough sport, but managing to keep their behavior under control, even under pressure. 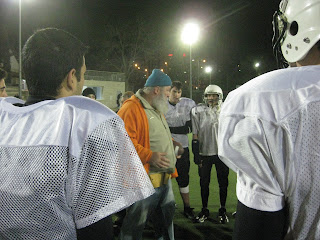 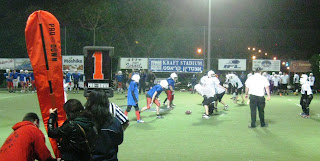 Go, Ravens!  See you at the Super Bowl!
Haveil Havalim #306: A MishMash is live at Frume Sarah's World.
Posted by rutimizrachi at 13:41

Ever seen the movie 'Remember the Titans?' After seeing that movie, I finally began to appreciate the finer points of football: team spirit, unity, caring, and seeing who the person is--not what he looks like.

Loved the post [almost] as much as the game. It's a pleasure to watch these guys game after game, giving it their all leaving only enough to be sure they remain menshen regardless of what happens on the field.

I lived with an American family for two years and tried so hard to understand this game. I failed. However, as you say, it is great to see the guys doing something they enjoy together.
LOVE the photo of the moth. How gorgeous is that! My little spice girl has just been charging around the kitchen chasing a tiny moth. She HATES it when they fly up and land on the ceiling. She then is reduced to talking to them and spinning around in a circle. Very very funny to watch.

I don't understand football - but I hate to say I do know one of those very special women who does. I'm thinking maybe the Orli Print Ravens could also be black & white ravens, since that's how many of them are in Eretz Israel.

Hi!my name is Ami Oberman from Efrat and i am a player on this team!
I have to admit it is very encouraging to know that our parents and outsiders our proud and think about us.
We really do play with our hearts and the best part is we are all friends and we get along.
If anybody is interested and would like to come to our games i would be happy to email you the list.My email-machapatuty@gmail.com
Our next game is in kfar saba 5\4.
We really appreciate your caring about a "stupid high school football team" and would be happy if we(our league)would have our own website with game scores and a short biography on each player and pictures.thanks for everything :)