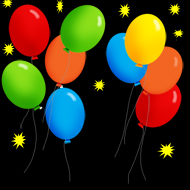 Yesterday was our fifth "aliyahversary."  Woo-HOO!  How did we celebrate?

The Dearly Beloved coached his football team.  He had to wrestle with executive decisions about where to play which guys, who worked best on offense and who on defense, and which guys needed to be cut from the developing team.  This is a very difficult decision, as he knows that all of those guys want to fulfill childhood dreams.

Sports Guy went to the team doc and got a dislocated shoulder Kinesio-taped with pretty blue tape.  And then he stayed up most of the night with good friends from Baltimore, watching the Orioles and the Yankees duke it out over who will go to the World Series.  (I don't hear any fat lady singing yet, New Yorkers...)

Stunt Man sat in a classroom -- as all of his former rebbeim and teachers know, NOT his favorite pastime -- taking advantage of one of his Israeli army benefits: preparing to pass his bagruyot.  (Think high school finals combined with college SATs.  All in Hebrew.  Talk about combat!)

Yeshiva Bochur surprised his girlfriend, Champagne Girl, who is living with us temporarily.  (This precious girl has earned this sobriquet by being as uplifting and optimism-enhancing as a glass of champagne.)  It is always a delight when Yeshiva Bochur appears at the door after a long stretch with his army unit.  That delight is enhanced by watching her bubbling joy at his arrival.  (There is something very sweet about watching a beautiful young lady's appreciation for one's son.  Good taste, has our Champagne Girl!  What better affirmation is there that we parents did a good job!)

And how did I celebrate?

I had real coffee for a change with eleven of around thirty "virtual" friends.  We have been meeting in our special Facebook group for about eight months to chat over our morning or afternoon coffee; and it just seemed important to finally meet -- as one of our very computer-lingo-hip members says -- "f2f" (face to face).
There were two women-and-daughter teams in attendance (and one remarkably well-behaved and patient baby, our only male attendee).  We covered a range of ages, and boasted aliyah dates spanning from just last year to 1967.

We spent more than three hours together!

Women told amazing stories of struggle and survival, physical and spiritual and emotional in nature.  We shared various uplifting life philosophies: "You can't really know someone else until you hear her story."  "Think good and it will be good."  "I believe in living a purposeful life."  "Age isn't about wrinkles.  It's about giving up a sense of wonder."  "I've spent the last twenty years trying to earn the privilege of living in Eretz Yisrael."  (The one who offered that surprising revelation has given so much to Israel, she has more than earned her privilege!)

We ended our get-together by dividing up the recitation of the 150 chapters of King David's Tehillim, in the merit of those with serious illnesses, and of those looking for their life's partner, and in the honor of our founding member's father's neshama.  This would be meaningful at any time; but there was a very special glow in that room, filled by the stories and the appreciation of those stories, that made the prayers soar.  I was very moved by the fact that all of my designated chapters spoke so specifically about the character of the ladies I'd met!

As we know, nothing happens for "no reason."

May we share many more cups of virtual coffee, and also many hot, steaming, real cups -- f2f.

It really was a great celebration!!
Mazaltov on your 5 years since aliyah. The Land of Israel is THE PLACE TO BE FOR JEWS!
good health and lots of blessings and smachot

You captured this well, Ruti! As usual. Talk about contributions to Israel! Happy Aliyahversary!
Loads of love, - Miryam

Mazal tov - to ALL OF US - onyour arrival, continued klita, and the personal and communal history you are creating here in Our Holy Land.

(please tell me Mighty Mouse is still on the roster)

That is so special! Mazel tov!!

Kisses to you, Ruti.
Your "coffee" is just right.

Could you sense me there with you in spirit? (I couldn't either - because I didn't know it was happening. But if I had, you would have!)

Happy Anniversary, Ruti. May you continue loving living in the Land ahd meah v'esrim (at least)with your dearly beloved at your side.

Shalom!
I missed the party!! And it was much more than just a "party". You've all blogged so much, and I know that it's just a taste (a good taste) of what you all experienced that I'm already planning for the next meeting.

Well written and well done!!! It WAS a truly inspiring F2F, actually bringing new meaning to that phrase!

Hey Sis, It was wonderful meeting you and Avi and the boys at Ben Gurion as you got off the plane on Oct 10, 2007.

Thank you for being a part of our lives, we have been enriched getting to know youze.

I'll be the third Chava. Or Crystal girl. Or both. Loll oy I'm nuts.