Where Everybody Knows Your Name: Prohibition Pickle

I usually have cantaloupe or Greek yogurt with toasted almonds and goji berries and chia seeds for breakfast. But today I had a very unusual breakfast: I dined on Prohibition Pickle pickles. 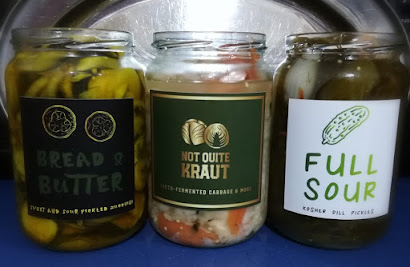 I am easily tempted to try new flavors and to support local vendors. For this home business, I have a particular fondness. I have known Chaim Davids since he was a wee lad. His father, Rabbi Moshe Davids, taught each of my sons his bar mitzvah parasha. And his mother Shula was a local mikveh lady and a wonderful friend.

Many years ago, Chaim showed up at my door a few hours before he was to be a Shabbat guest... and proceeded to wow me with his kitchen expertise. He was humble about it. He played the role of respectful sous chef, and I gushed that he was one of the five people on the planet I can stand to work with in my kitchen. It wasn’t until later that I learned he had attended the Baltimore International College School of Culinary Arts and Hotel/Restaurant Management and had subsequently worked for California restaurants and wineries, as well as working as a mashgiach for the OU and the Vaad Hakashrut of NorCal. 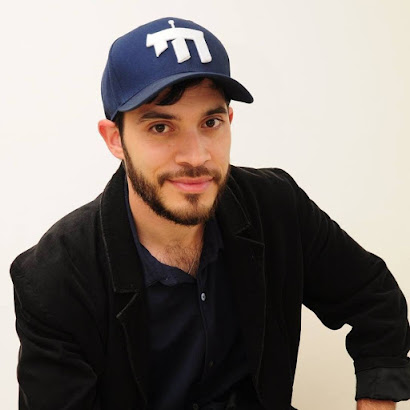 I have followed Chaim’s endeavors over the years since his aliyah. Besides marrying the lovely Batya and helping to bring into the world three adorable daughters, Chaim has created and locally-distributed ginger beer and beef jerky, and has helped to launch several popular food establishments such as Beer Bazaar in Mahane Yehuda, as well as maintaining a thriving personal chef business.

His most recent venture is pickling. What follows is my initial impression of some of these delicacies. 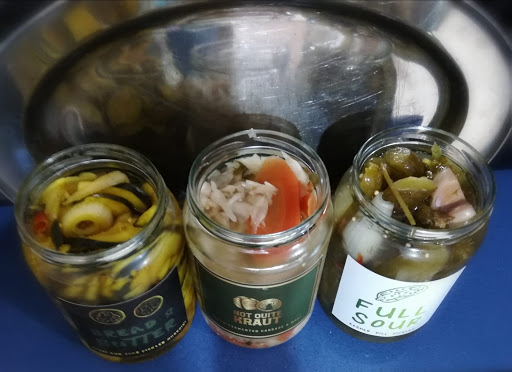 Full Sour – These were nice and crispy, which is my first requirement for a pickle, but a bit too high-salt for my tastes, if eaten straight out of the jar (my usual preference); but chopped up and added to salad or inserted in a burger, they should be lovely. I'm hoping as the company grows, a lower-salt option will be available, because the other seasonings are quite enjoyable.

Not Quite Kraut – This one ended up surprisingly being my favorite, as I usually am not a sauerkraut fan. But the big chunks of cabbage and carrot were very tasty. Again, the brine itself is well-seasoned.

Bread and Butter – These days, we are avoiding sugar; but we’re not making a religion of it. To his credit, Chef Chaim Davids does call this one “junk food,” which is very fair. Who doesn't want to “cheat” a little now and then on the strict diet? These B&B pickles were not overly sweet; I loved that they were made of zucchini (that retained just the right amount of crispness); and the seasonings were tasty and intriguing.

All the pickles were beautiful and fragrant. The simply-designed labels are a pleasure.

I discussed my few problems with Chaim, and received very satisfactory answers:

RE: Chaim, I would love an ingredient list and a little more information about the process. How much sugar am I eating? Is it refined sugar, or some “healthier” version? Is this more a brine (salt) recipe or vinegar recipe? What about the process are you especially proud of? (For example, are we talking probiotic here? If so, that should be trumpeted, as it’s all the rage these days.)

CD: I need to find an affordable way to convey the product’s qualities, as labels are very expensive, and production is too small to justify bulk purchase. An ingredient list in my catalog is next – thanks for the tip! By the way, the only sugar is in the bread and butter pickles. And yes, most of the products are probiotic. And – wink-wink – one of the secret ingredients in the Mixed Dancing Spice Mix is nutritional yeast. I like to think that the products are a reflection of my personality, because I want them to be bold and punchy, but also wholesome and nutritious.

RE: What about the saltiness?

CD: The main thing in fermenting is to win the war between good bacteria and bad bacteria. The high salt level comes with reason: being lacto-fermented, the brine needs to be between 3.5-4% salinity at least or I risk losing it to mold and Kahm yeast. I use no firming agents or preservatives in the full sours and cabbage, hence the full salt flavor. As you said, incorporated into meals is a great application.  If people want to learn more about fermenting, I’m offering a pickling workshop series soon. You can follow us on our Facebook page for details.

And then came lunch time...

Aryeh and his adorable son Coby came by and barbecued for us. (Well, Aryeh manned the grill. I followed Coby around as he taste-tested rocks, twigs, leaves and other assorted backyard goodies, insisting that none of them get an actual roll-around in the mouth. Even very cool boy-grandmas must set some limits.) I asked Aryeh’s honest opinion of the various pickles and condiments... and received my answers in wide-eyed yummy sounds. Verdict: these pickles are GREAT at enhancing burgers! 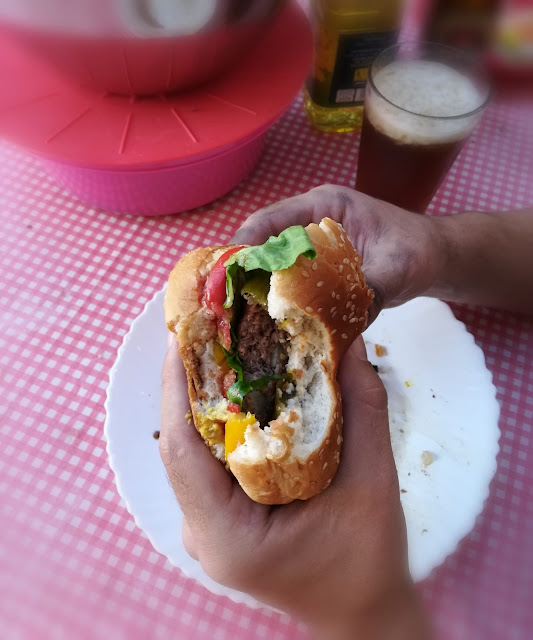 As I am not interested in eating burger buns, I had my burgers on a bed of crispy Romaine, and tried each of Prohibition Pickle’s spreads and sauces. 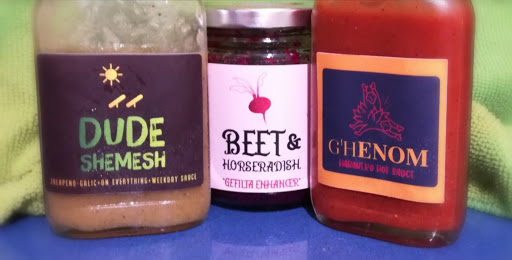 The Dude Shemesh jalapeño-garlic sauce (besides being delightfully named, for Israelis) is gentler, but quite tasty. The G’Henom habanero sauce was hotter, and even more to my liking. I really enjoyed the Beet & Horseradish “gefilta enhancer,” and plan to use it for our yearly Rosh Hashana nod to eating gefilte fish. It is much more flavorful and has a more interesting texture than other chrain recipes we’ve tried. And now – drum roll, please – Ladies and gentlemen, I have found my new favorite mustard. It doesn’t have a name yet, beyond “Awesome Mustard,” but it is fragrant, flavorful, spicy, nicely-textured... in short, it is magnifique. (How about Magnifique Mustard, Mon Ami? Don’t thank me. I’m a giver.) 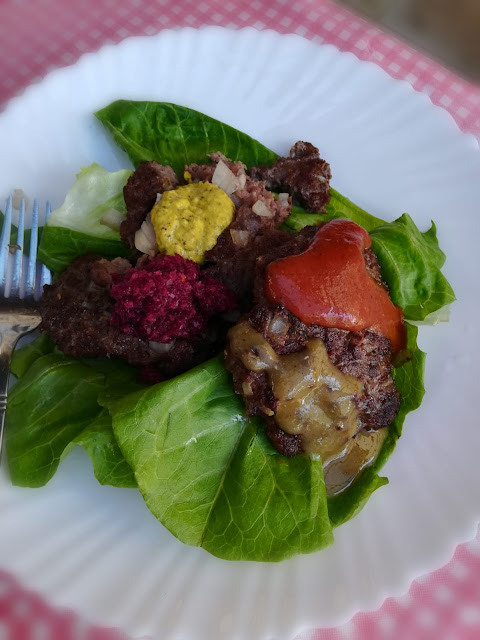 While there is no official kashrut certification at this time, Chaim asserts that all ingredients are kosher mehadrin. After the initial soft launch to determine which products offer the most mass appeal, he is planning to pursue certification. Until such time as he gets certification (an expensive proposition, as people in the food and beverage business know), all I can say is that I would eat in Chaim’s kitchen.

In short, the prices are no higher than you would expect for homemade craft products, the quality is exceptional, the flavors are, as they like to say in New Yawk, “to die for.” Check out Prohibition Pickle at https://www.facebook.com/Prohibitionpickle/

I'm not a pickle person, but enjoy.

My husband isn't either... but he also doesn't drink coffee. Still -- I respect him. :-D Thanks for reading and commenting, Batya!

Great article! Your voice and Chaim's expertise and personality shine in your rich descriptions :)

Thank you, Rebbetzin, for your encouraging words!