A few years ago, our Baltimore kehilla lost a teenager to a car accident.  My sons were his friends.  Of course, all of this young man's friends were devastated; and they closed ranks in a tight circle of pain that parents and love and logic could not penetrate for a time.  Like soldiers who've seen combat, no one could possibly understand them, except for others who'd "been there."

One boy struggled for longer than the others with his doubt in a G-d that could let such a thing happen.  He showed his anger and contempt for G-d by decreasing his observance of the mitzvot.  First he stopped wearing his kipa and his tzitzit.  After a time, receiving no apparent answer from Hashem, he stopped keeping Shabbat.  His parents were beside themselves.  But they loved him, and they understood that this was his argument with G-d, not their argument with their son.  They reasoned, they drew firm but gentle boundaries for his behavior in their home.  They waited.

He is still struggling to find answers.  But, baruch Hashem, he has witnessed enough miracles since then, and been willing to see them as miracles, that he is little by little allowing G-d back into his life.

I can't know what Rabbi Cardozo was thinking about when he wrote this beautiful essay.  But I dedicate it to this fine young Jew, and to all other Jews like him, who want so desperately to believe, or to believe again. 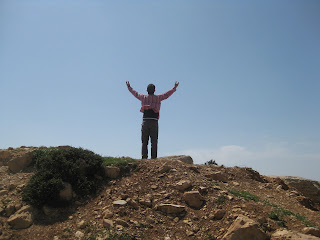 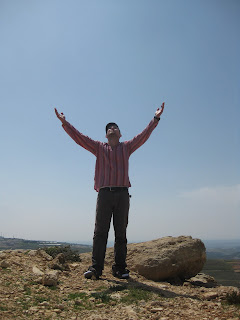 Oh, that I may believe!
(1) Heard from Professor Menachem Kellner.
(2) See Martin Buber, Tales of the Hasssidim, NY, 1948, vol. 2, p.158.
(3) There are many reasons to believe that Maimonides wrote these articles for the common man to give him some anchorage. It is also possible that he never believed in them in a dogmatic way. Others opine that he abandoned them later in his life. See: Marc B Shapiro: The Limits of Orthodox Theology, Maimonides Thirteen Principles Reappraised, The Littman Library of Jewish Civilization, 2004, Introduction.
(4) See the famous hymn “Ein K’elo-henu” in the Jewish morning service.
Please see more of  the writing and teaching of Rabbi Dr. Nathan Lopes Cardozo here.
Posted by rutimizrachi at 14:36

My father was a Satmar hassid. When his wife and children were gassed in Auschwitz he lost all faith. He married my mother in 1949. She had always been secular, and together they tried to eek a life out for themselves. 13 years after they married they adopted me, and my father let God back into his life.

You just have to leave the door open a little bit...

Wow. Every time we speak, I am glad all over again that I know you. Keep sharing.

I have been through a rough time.I lost a two year fight to save my right leg. I lost my job, my home, my savings, had to sell possessions that I enjoyed, had to give up my self respect with my right leg. And I gave up G-d along with it. After all how could he do this to me. I still do not understand why. But I am trying to let G-d back in. I am still angry but I really would like to have a reason to live and to die eventually. This essay helps. Thank you Ruthie. Hope to see you soon,

Dan: Thank you for sharing your feelings, and your struggle. May Hashem bless you with the ability to use that wonderful tough nature of yours to meet your goals. We look forward to seeing you and your dear wife here at Home.

Rafua: As I said before, I cannot know what was in Rabbi Cardozo's mind. But having read a number of his essays and books, I am certain he agrees with you. Perhaps he is speaking to the way young people often define what matters. I know that my sons care very much right now about "those things that are worth dying for" -- and since you know them, you are aware that they are very invested in LIFE.

I am in awe of everyones response.We choose life in many ways. Sometimes by shutting Hashem out really lets Him burst in later when he is most needed by us. May all your friends and family have a Chag Kosher Pesach.