Lots of people go around gushing about what friends they are to Israel... but this usually ends up with something that makes us feel a wedgie coming. "I'm your friend... your only true friend... so you have to do what I say. Capish?" Shades of Don Corleone...

But just today, I heard a couple of reports on IBA News that I want to share. 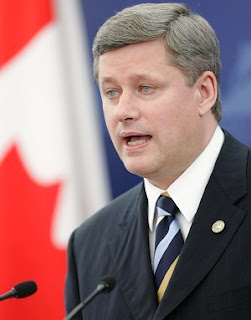 Canada's Prime Minister, Stephen Harper, has put it on the line for Israel in the past. Harper's in the news again, this time pointing out that there are more important things than a seat on the Security Council.

"When Israel -- the only country in the world whose very existence is under attack -- is consistently and conspicuously singled out for condemnation, I believe we are morally obligated to take a stand.  Demonization, double standards, deligitimazation -- the three 'D's' -- it is a responsibility of us all to stand up to them.

“And I know, by the way, because I have the bruises to show for it, that whether it is at the United Nations or any other international forum, the easy thing to do is simply to just get along and go along with this anti-Israel rhetoric, to pretend it is just being even-handed, and to excuse oneself with the label of honest broker.

“There are, after all, a lot more votes — a lot more — in being anti-Israeli than in taking a stand.

"But as long as I am Prime Minister -- whether it is at the United Nations, the Francophonie [Summit in Montreux, Switzerland], or anywhere else -- Canada will take that stand, whatever the cost."

And while I was sending a note of appreciation out to some of my Canadian friends on the yishuv, I was treated to the second positive news story of the day.

It's one of those stories that starts out sad, and ends up taking your breath away.

I would expect a community that was licking its wounds after such a shandeh fur de goyim to just handle local issues for a while...

So I was a bit surprised that one of their first acts after financial recovery was to donate the funds for the rebuilding of the Magen David Adom emergency medical station in Nahariya.  The MDA station -- which serves 90,000 residents -- played a crucial role during the Second Lebanon War. 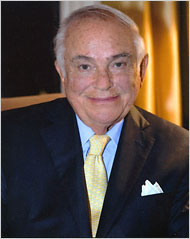 A primary donor was the estate of Joseph Gurwin, zt"l, who died at 89 in September.  Gurwin's foundations lost millions last year in Bernie Madoff's massive Ponzi scheme.  But months before his death he vowed to keep giving, telling The Palm Beach Post he would continue donations even if he had to "sell apples on the corner."

It has recently been a topic of discussion among my friends that Hashem is giving us clear opportunities in recent generations to choose between good and evil.


During the Second World War, it seems that much of the world was pretty clear on who were the bad guys, and who were the good guys.  But in recent years, what appears obvious to some seems to be very blurry for others -- possibly for a majority today.  I do not know why this is so.  But to me, choices are very clear.  What is evil is evil.  To steal people's money, to deny a country its right to exist, to thoughtlessly embrace double standards...  these things are wrong.  To stand strong when all those about you are quaking under the weight of what is popular, even though wrong-headed -- this is right.

Hillel said:  "In a place where there are no men, strive to be a man."

I am grateful that Hashem has sprinkled about the globe a few men of parts to set examples for the people around them.
Posted by rutimizrachi at 20:19

Thanks for blogging what is good in the world. I needed to read this message. It gives me chizuk, in a world full of smoke and mirrors, irresponsibility, unaccountability, and working towards the least common denominator. Hence the blurriness.
Caren

To the blogger; Is thera a song with the words of Ki Yachol Nuchal? and would you know who sings it?

Sorry, Guys. I've been offline for a while.

Caren, Ami and Sabra: Thank you so much! Your feedback means a lot to me, and keeps me writing.

Anonymous: I checked http://www.shiron.net/ which is my favorite Israeli song database (introduced to me by Ami), but could not find a song with those lyrics. If anyone wants to write a song to go with that line, it should be proud and fierce, full of trust in Hashem -- a Jewish march. IMHO... :-)